The first display is a collection of migrant artifacts collected on the trails of Arizona's southern desert by artists and activists Valarie Lee James and Antonia Gallegos with University of Southern California professor Jim Burklo and his team. These include backpacks, pictures, shoes, and other items left by immigrants on their trek through Arizona's desert into America. These artifacts have been used in Hollywood as a part of Grammy-winning film director Alejandro Iñárritu's virtual reality exhibit, "Carne y Arena."

The second display features bordado - embroidery discovered in the desert of Southeastern Arizona from 2004 – 2018 by activist, writer, and artist Valarie Lee James and artist-collaborator Antonia Gallegos. For over a decade, the artists, their neighbors, and area Samaritans recovered and preserved anonymous women’s bordados - hand-stitched with personal endearments that read like prayer – found along the migrant trail. The grassroots drive by borderland residents to save the women’s embroidery reveals the U.S. – Mexico border’s (unrecognized) living cultural history, and the enduring grace of family on both sides of the border.
The found bordados, artifacts of migration, forecast the current exodus of women and children from Mexico and Central America to the U.S. Southern border. James now hosts “las mujeres que bordan – the women that embroider” at Tucson’s Casa Alitas Monastery shelter for Asylum seekers as the Art & Activities Volunteer Coordinator.
In an on-going association with the activist group Fuentas Rojas out of Mexico City and the International “Bordandos por la Paz y Memoria” project, James explores the healing vitality of devotional family embroidery in Latin America and its power as a cultural driver in matters of faith and social justice in her current book project: “Guadalupe’s Roses: The Blessings of Bordado at the Border.”
The final display features a photography exhibit from photographer, activist, and University of Indianapolis professor Ana Maria Ferreira. In her work with the South Texas Human Rights Center, she has photographed scenes from the border.

Activists, professors, students, artists, and others will speak at the exhibit bi-weekly, guiding discussion about how these issues there impact our lives, our communities, and our neighbors here. 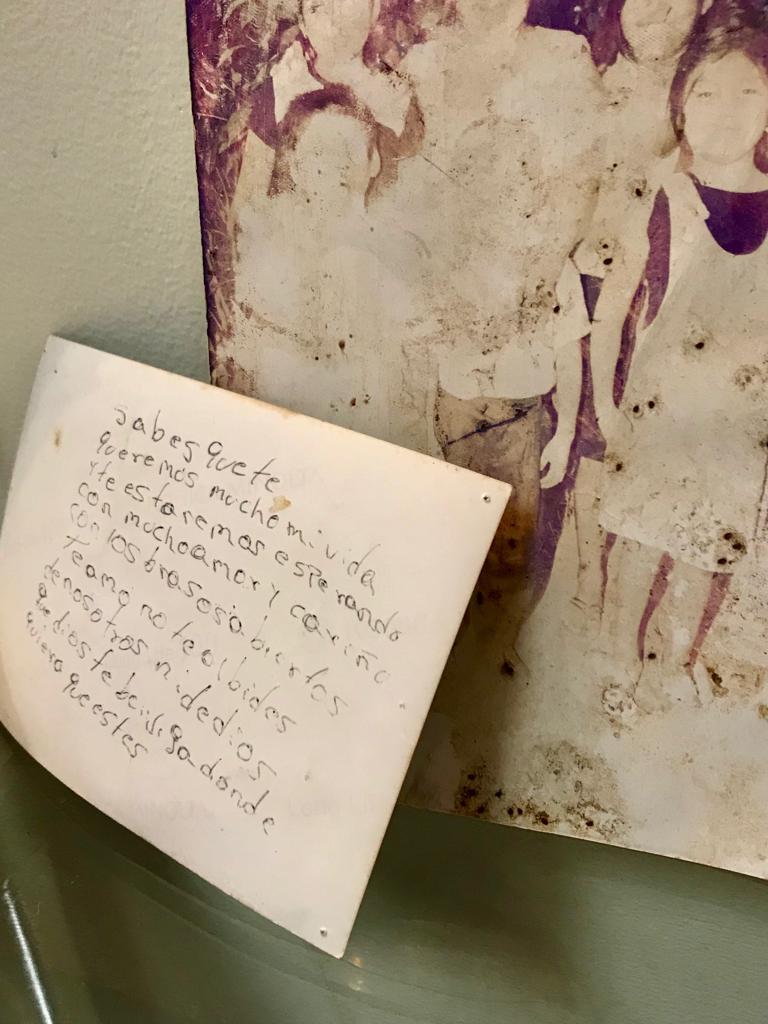 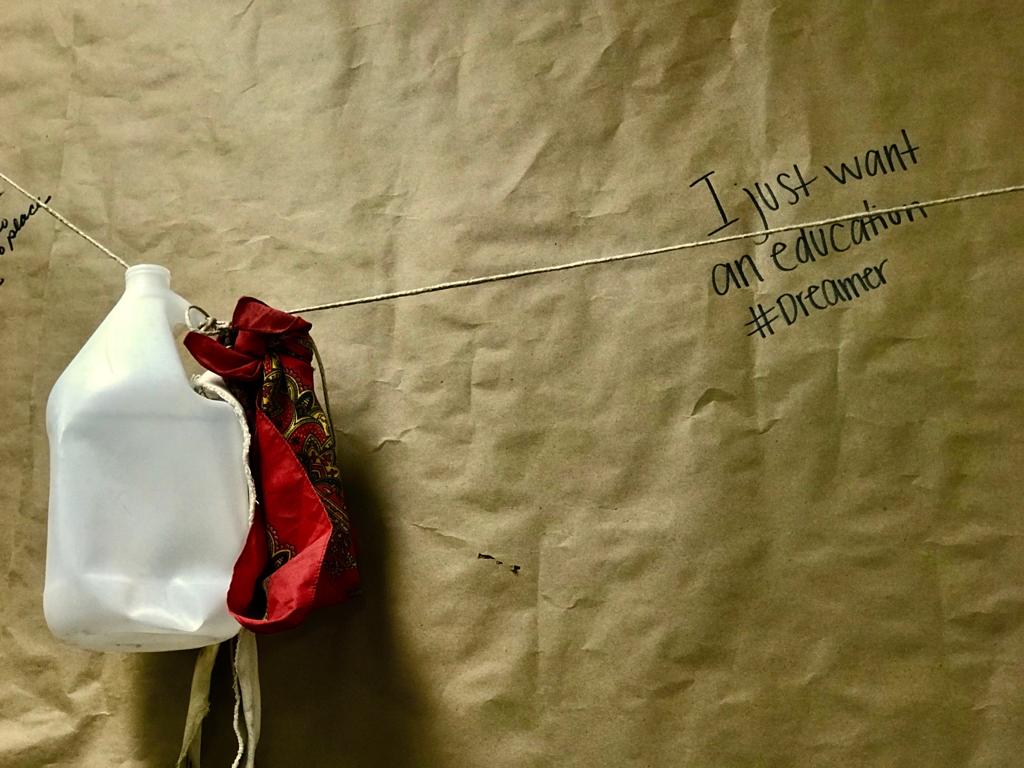 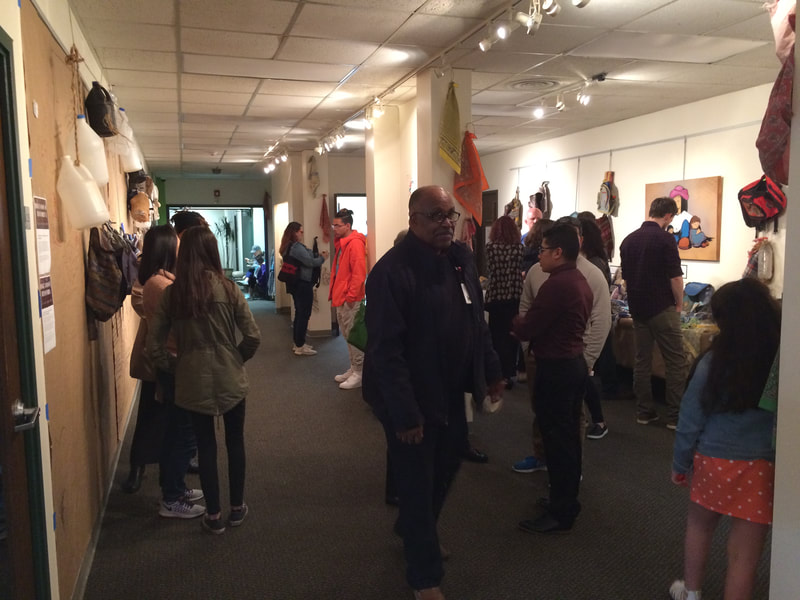 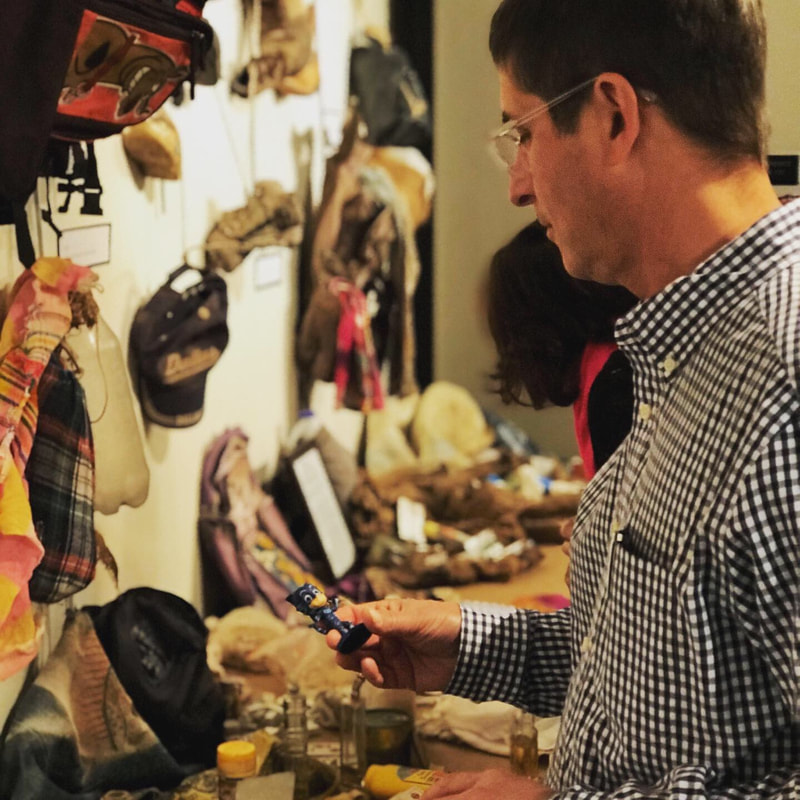 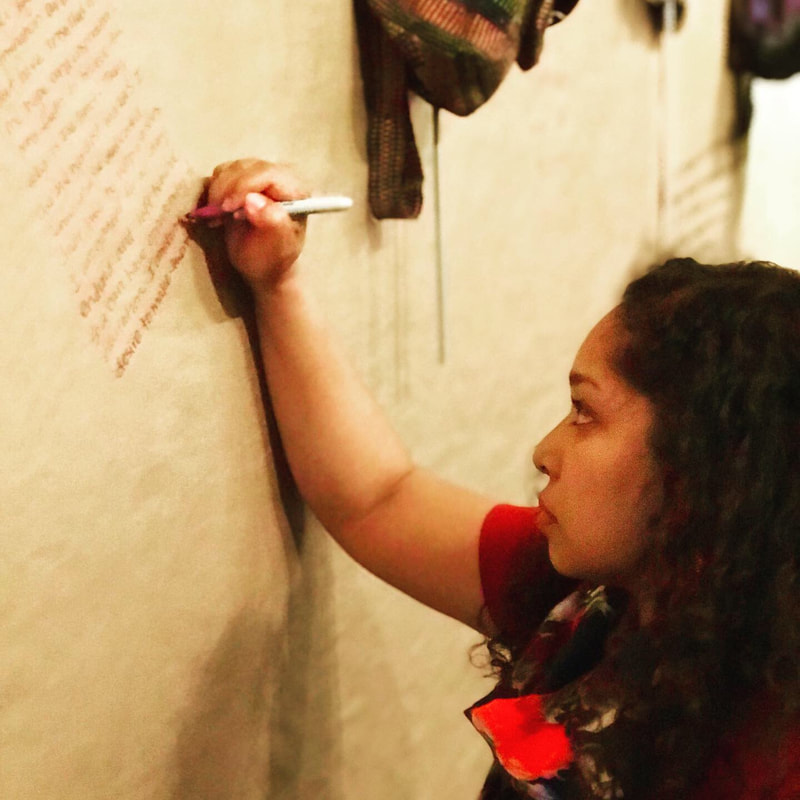 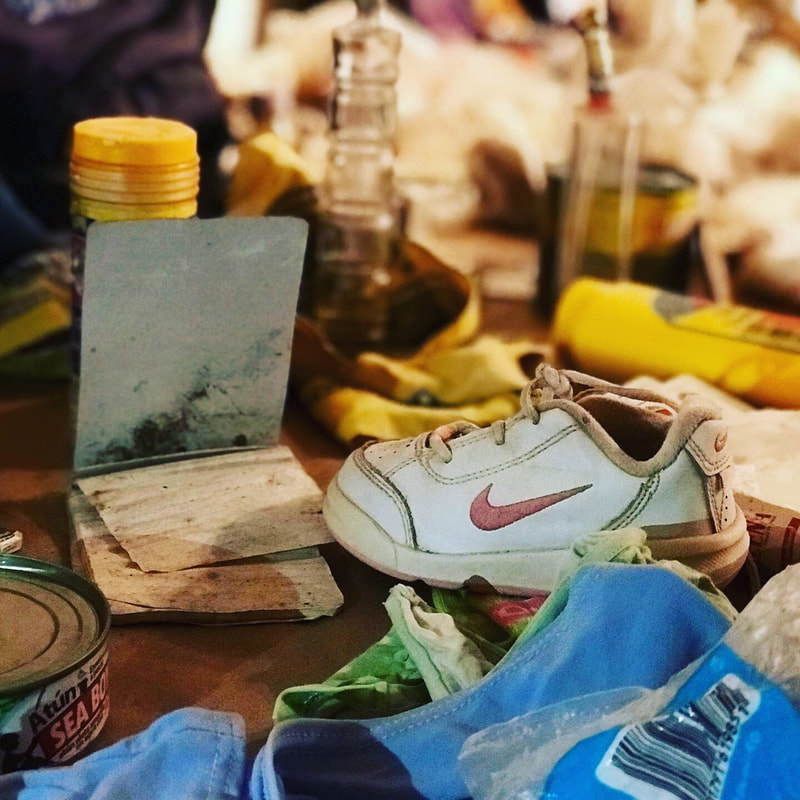 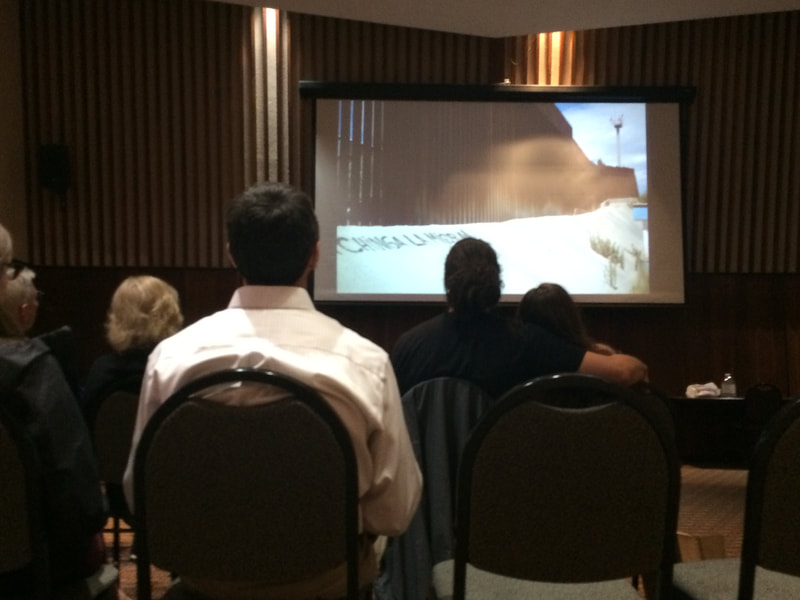 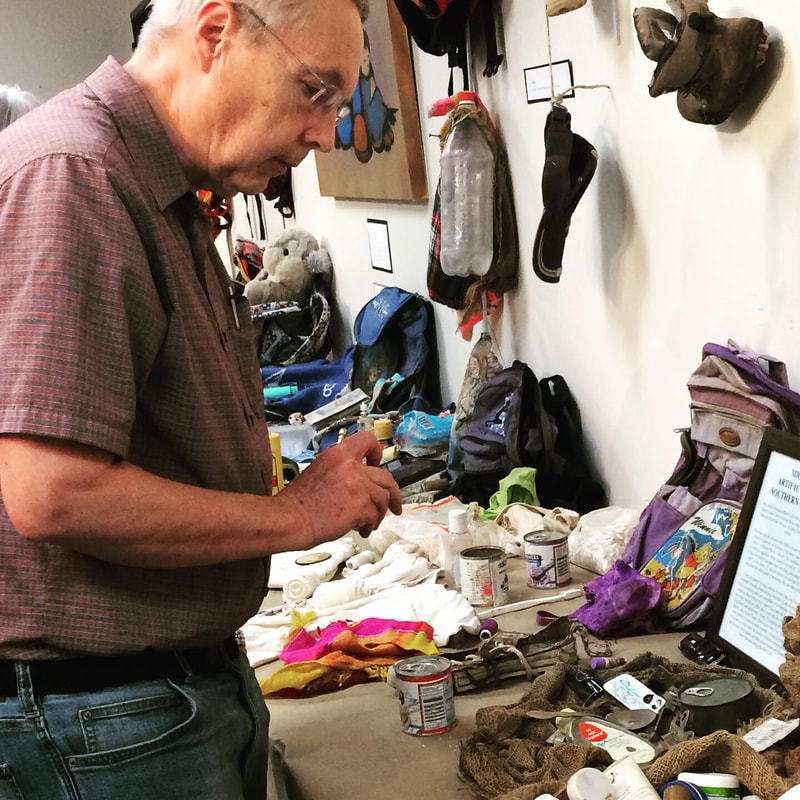 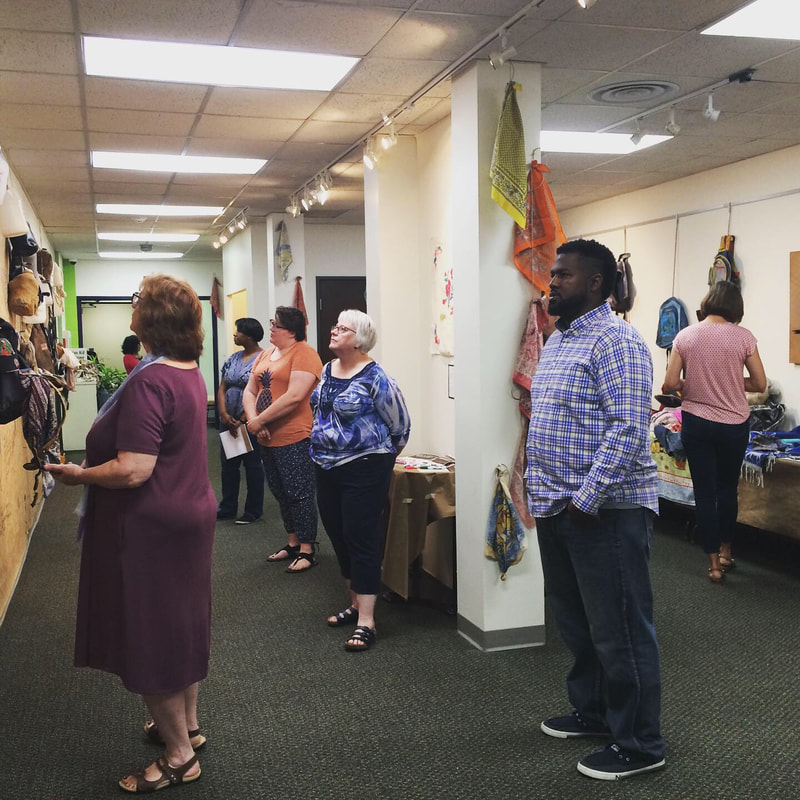 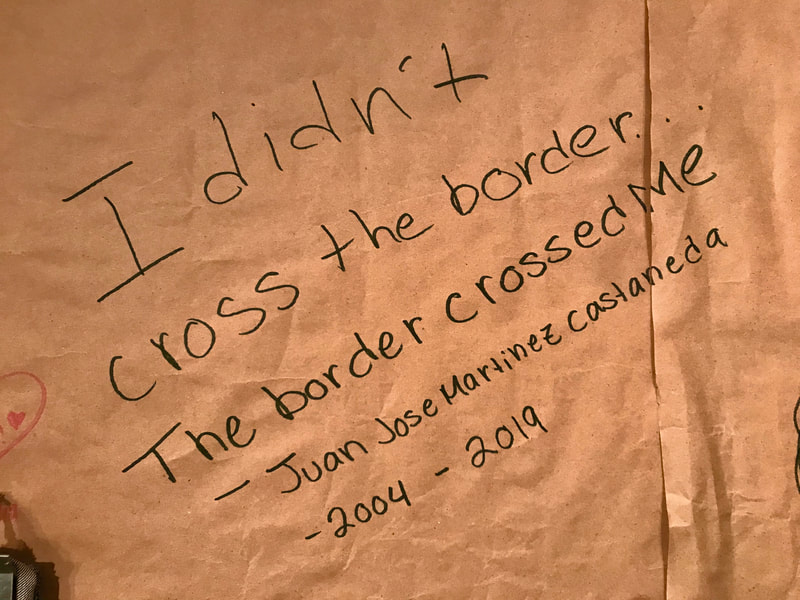 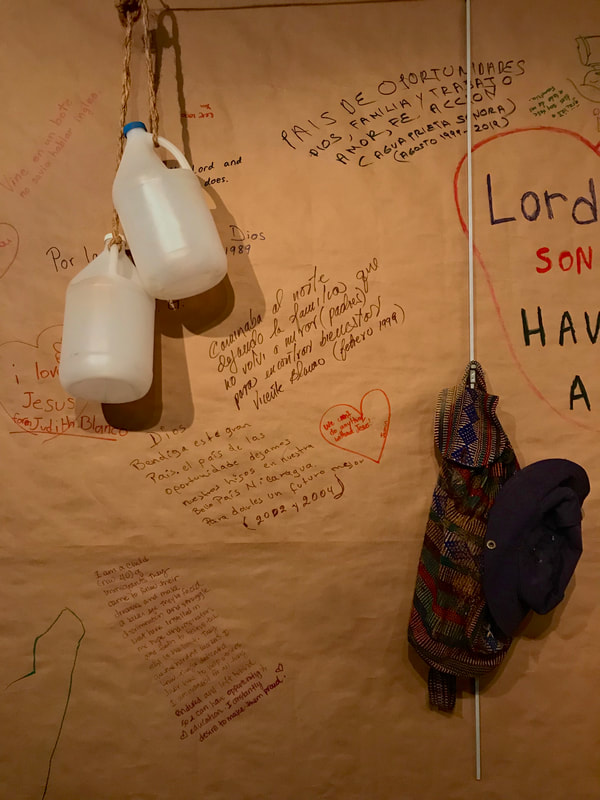 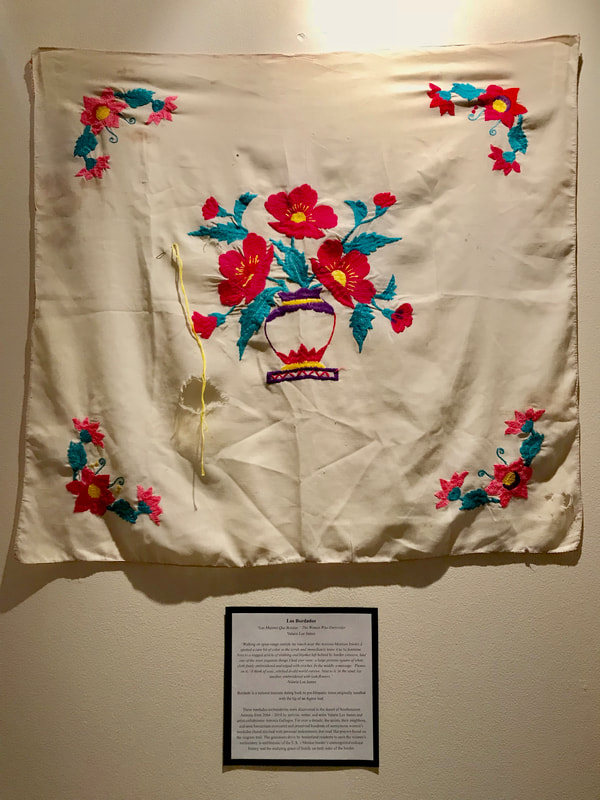 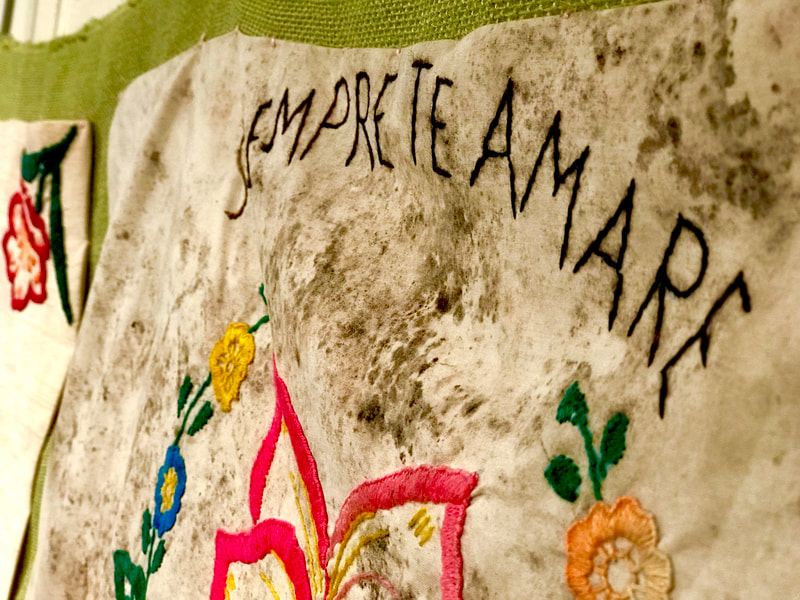 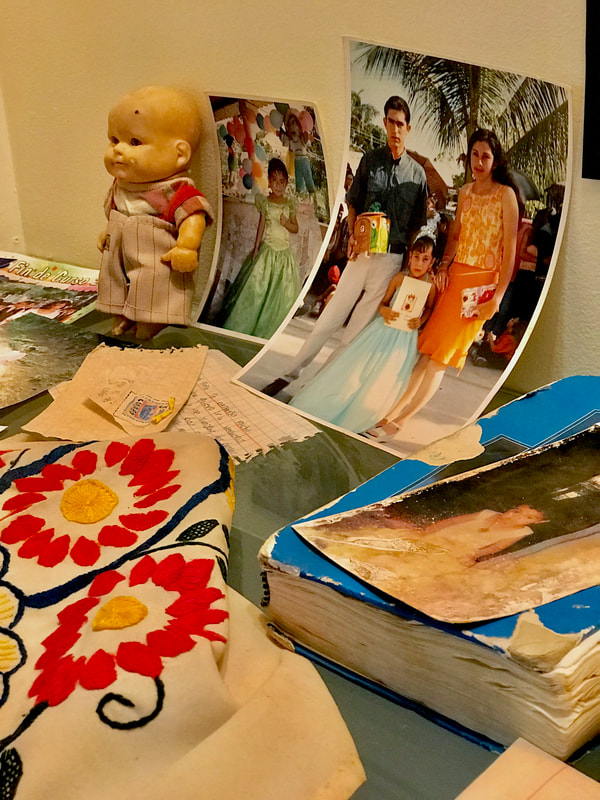 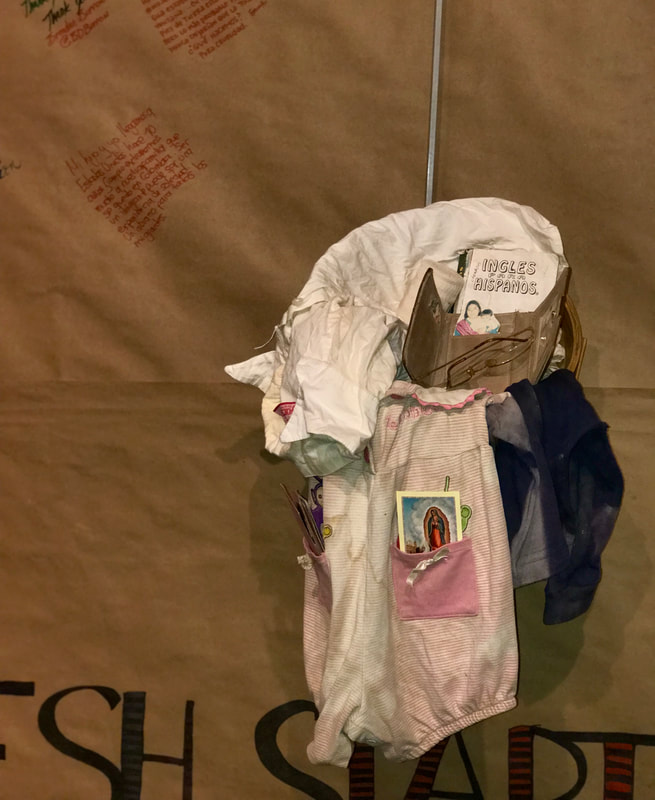 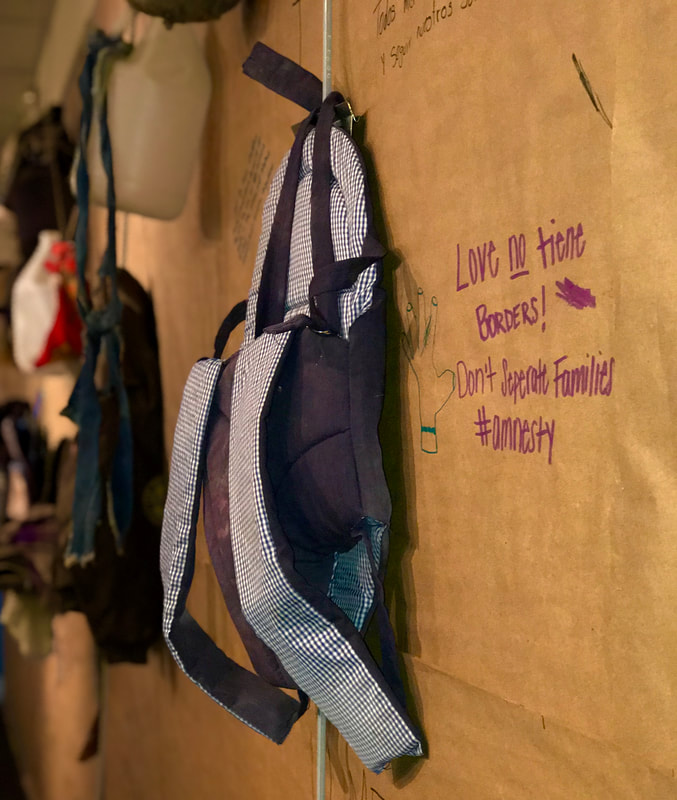 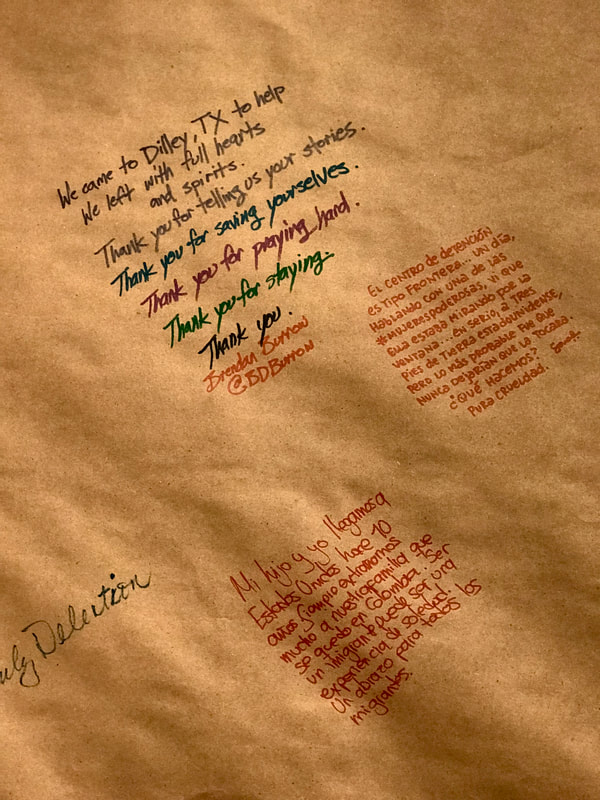 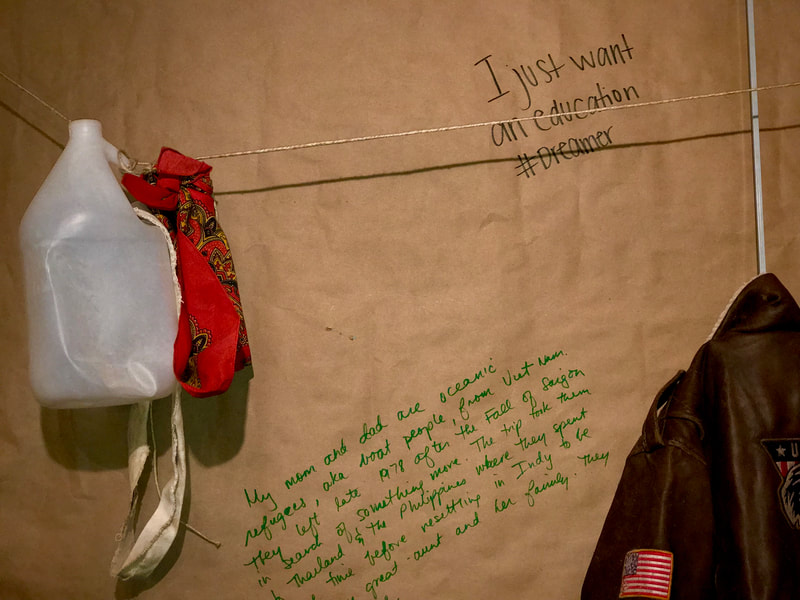 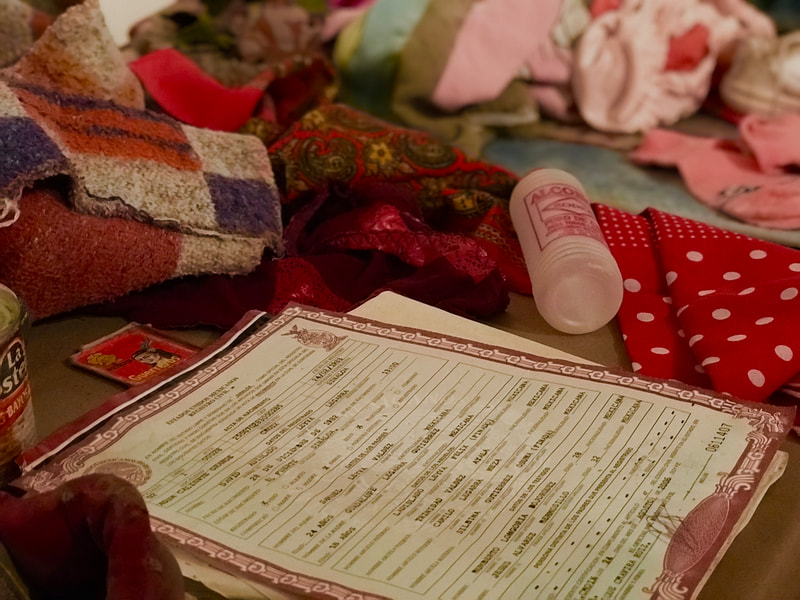 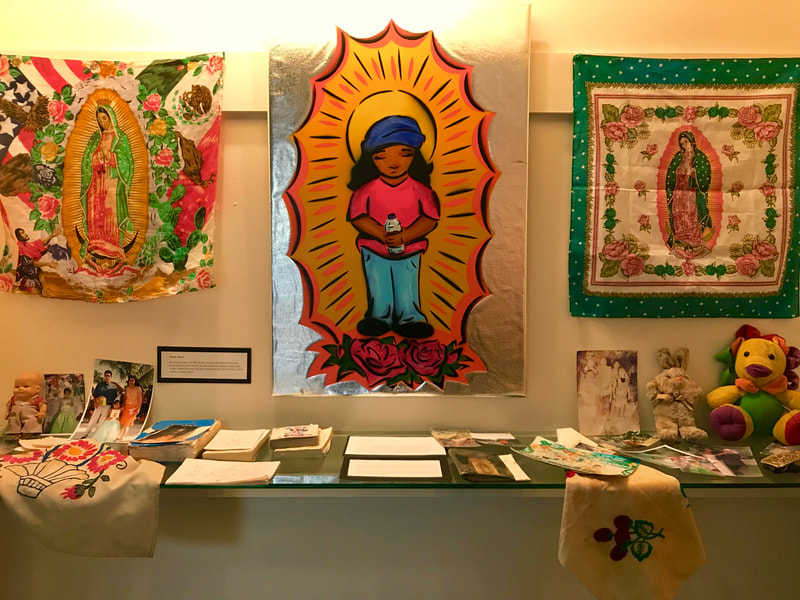