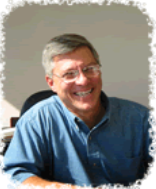 Kent is an attorney practicing in Indianapolis and graduated from:

​In addition to COIN,  he has been involved with:

Kent has been married to attorney/author Judith Vale Newton since 1968, and the couple has two children and three grandchildren.

Kent was a Lieutenant with the United States Navy. He was assigned to sea duty in the Mediterranean Sea and the Arctic Ocean and served at naval bases located in Newport, Rhode Island; Norfolk, Virginia; and Washington, D.C.
Copyright © 2020